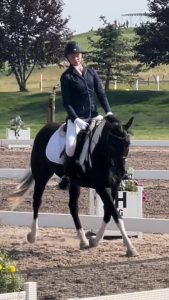 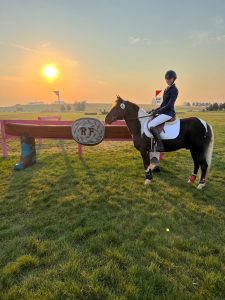 Aspen started Pony Club at The Community Farm – TCF (communityfarmus.com) in Arvada in 2019.  This busy non-profit boutique farm offers Pony Club, 4-H programs, various animal leases and more.  Aspen started at leasing a pony named Fancy Nancy who taught her the ropes of jumping.  Nancy was a great partner, but not easy, helping Aspen learn to ride better and stronger.  Aspen grew out of Nancy and started a part lease on 2009 Paint Sport Pony, Ricochet aka “Rico” last September 1st.  Rico is owned by TCF owner Carol Von Michaelis. With an eye on learning more about the sport of Eventing, Aspen started to hone her Dressage skills with the beautiful and fun pony and continued to work on jumping.

Early this year, Aspen looked into the qualification requirements for the AEC.  You have to be turning at least 14 years old within the year, place first or second, or have two third placings in any recognized competitions, or 1-5 at a regional championship, plus have three clear cross country jumping rounds. In Area IX (Colorado, Utah, Wyoming, South Dakota), there typically are not enough junior riders to make a separate division, therefore Aspen had to compete against all of the amateur riders of any age, a tough group to beat!

Aspen explains, “my story starts in May when I did my first Beginner Novice event with Rico at the Spring Gulch Horse Trial. I would’ve qualified that event, but I accidentally did the 2019 dressage test instead of the new 2022 test. However, I did get my first clean cross country. I learned that I need to make sure I knew my test before the event! 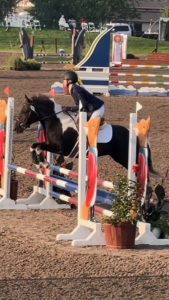 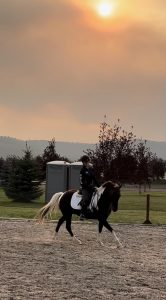 My second event this season was in July at Round Top Horse Trials. I did the correct Dressage test (learnt from last time!) went clear cross country and show jumping! I would’ve qualified this event, however I was in a three-way tie for second. How ties work in Eventing is that the rider closest to the optimum time after cross country places highest. Rico is a speed demon, so we were actually too fast and placed fourth! That competition I learned to pace myself more.

In August, I had a second Horse Trial at Spring Gulch. Everything was going great! I rode my best Dressage test ever and I was on track for second. I was riding cross country and Rico spooked at something and I fell to the side. (I don’t blame him at all!).

About two weeks later I went to the Area IX Championships in Cheyenne, Wyoming which I had qualified for. After Dressage I was tied for 5th, and that continued through cross country. I took all the lessons I learned from the past shows and wore a cross country watch. I was headed to my last fence, looked down at my watch and slowed him down. Lesson learned from Round Top! Show jumping day came and I was still tied for fifth. I had to go clear to qualify. Luckily I lease the best pony and have the most supportive team behind me. I went clear show jumping and since I was closer to the optimum time than the person I was tied with, I placed higher. Two people in front of me had issues show jumping so I ended up third. I also ended up young rider champion, the highest placing rider under 18 in all divisions! I then qualified for AEC!” 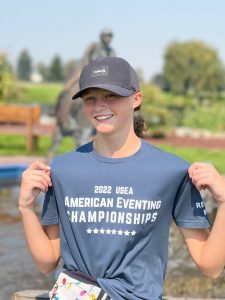 Aspen is very grateful for all of the support from her parents and her riding community to get her there, including Margot, Debbie, Jen and Carol at TCF, plus Daniel Stewart for helping Aspen with her competition mentality. Aspen states, “I encourage everyone to reach for a goal that seems impossible, because if you put your mind to it, you can do it!”

Rico’s owner Carol allowed Aspen to take him Montana to bring her goal full circle and compete at the American Eventing Championships September 2-4, 2022.  They put down a solid Dressage test, had some jumping penalties on the tough championship cross country course that kept them out of the ribbons, but they finished strong and completed the competition with a clear show jumping round!  Just finishing this championship event is a huge accomplishment in itself!  After the competition, Aspen says she learned there is a lot more pressure that someone puts on themselves, then anyone puts on them.  She is so glad she qualified to go and the difficulties she experienced just make her want to do it more.  Congratulations Aspen on your grit, determination, and tenacity!  Heather McWilliams © 2022 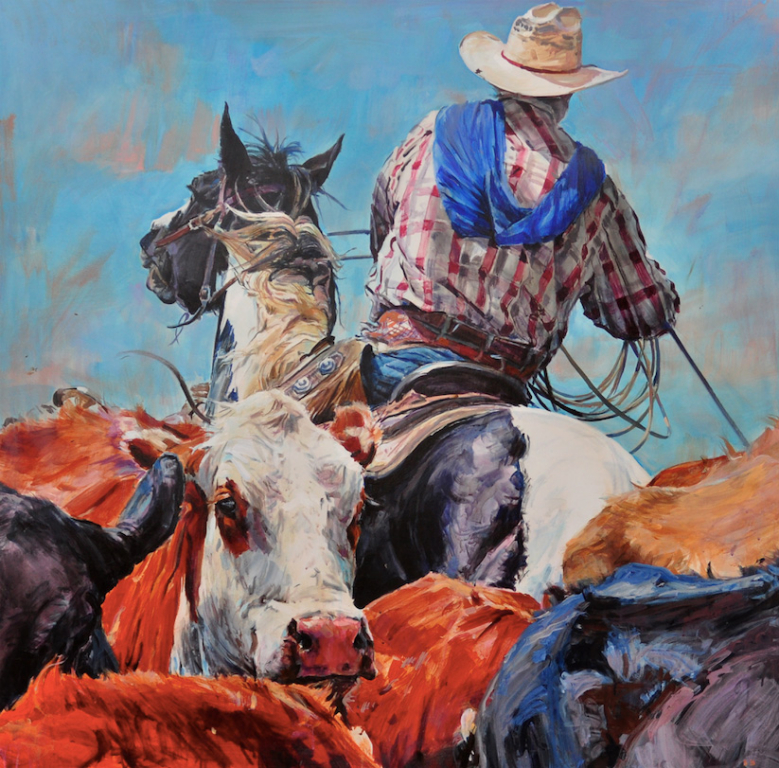 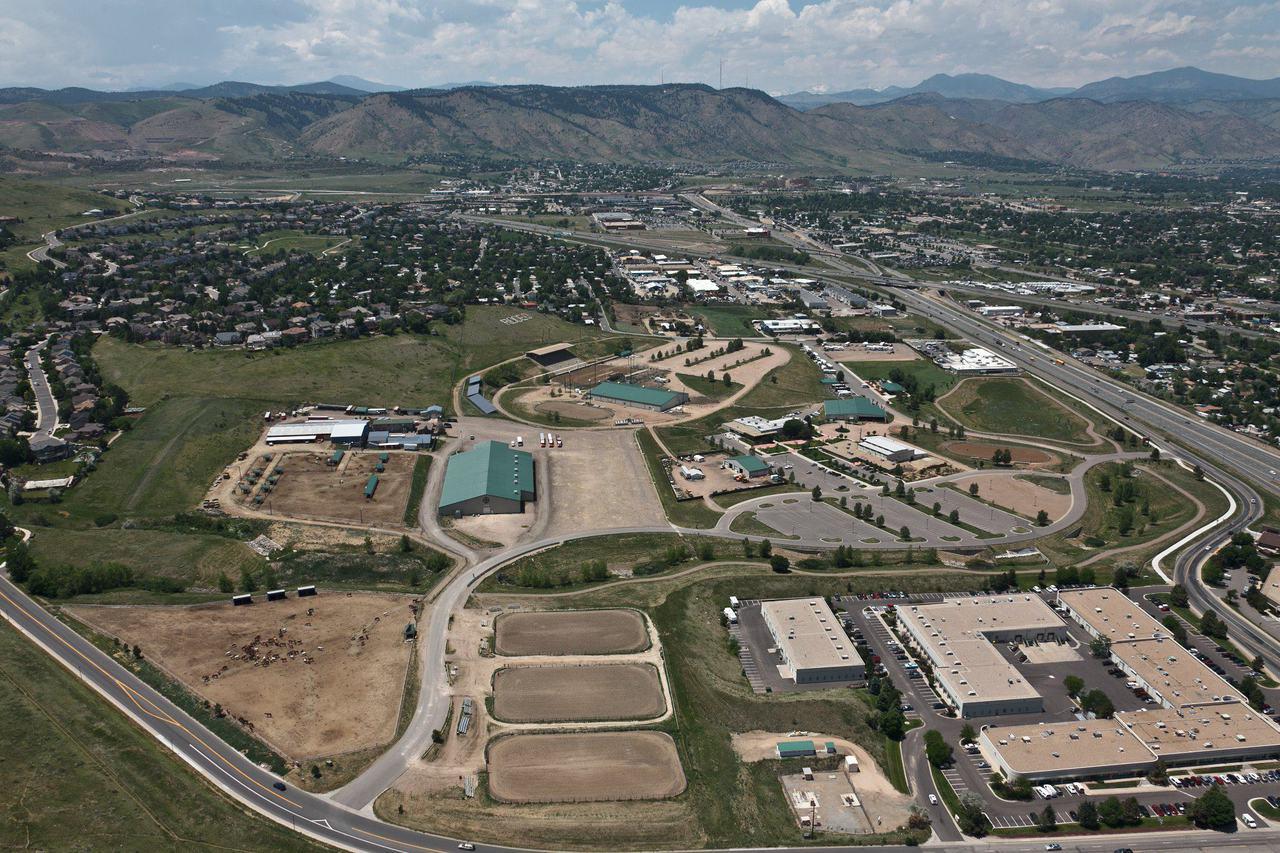 Seeking to Save the Jeffco Fairgrounds 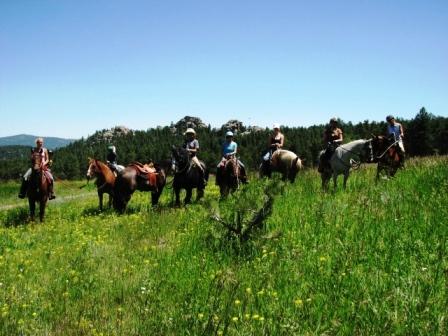